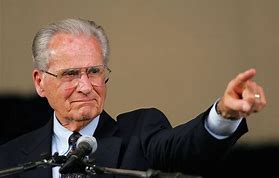 (What follows is a column I wrote in the Los Angeles Times on Sept. 18, 2001. I sat in the visiting broadcaster’s booth at Dodger Stadium while interviewing Padre broadcaster Jerry Coleman on his reflections as baseball resumed play on Sept. 18, 2001, a week after the attacks of 9/11. Coleman was a Yankee all-timer and an Air Force ace in two wars and 2005 Hall of Fame inductee. Coleman was generous in spirit and time, as always. He died on June 15, 2014. RIP Jerry.)

This was the headline in The Times over my column: Voice of Many Seasons Sees No Generation Gap
September 18, 2001|Ross Newhan

He was part of what would be called the greatest generation. He was one of several hundred major league players who would serve in World War II, one of the few who also would serve in Korea.

He was a Marine pilot credited with 120 missions. He received two Distinguished Flying Crosses, 13 Air Medals and three Navy Citations.

In the process, he lost four years off his playing career–first as an infield prospect in the New York Yankee farm system, and later as a member of a Yankee team that dominated the 1950s even more emphatically than the Yankees have dominated recent Octobers.

Of course, what were those lost years compared to almost losing his life when the engine of his F4U Corsair, carrying 3,000 pounds of bombs, stopped suddenly on takeoff at a dirt runway airfield called K-6 in South Korea and he ultimately skidded to an upside-down stop.

He would be pulled out, unconscious but unhurt, and now, almost 50 years later, Jerry Coleman sat in a broadcasting booth at Dodger Stadium and wiped tears from his eyes.

It was not difficult being emotional on a night baseball returned amid a patriotic panoply, but this was several hours before the game between the Dodgers and San Diego Padres and Coleman, 77 and a Padre broadcaster for 29 years, was asking how his generation could be any greater than this generation or any other.

The tears welled as Coleman thought about the aftermath of Tuesday’s terrorist attack on the World Trade Center and said: “I’m thinking about the firemen who lost their lives trying to save people, the policemen who died. How was what we did any greater than what they did? I saw the devastation in Seoul. I saw the devastation in Manila. I was in London, and while I didn’t fly in that theater I saw the results. What’s happened in New York is almost the same, and yet those firemen and policemen went into that inferno trying to save people. The greatest generation? It’s now. It’s every generation. It’s every American.”

Three levels separate Coleman’s broadcasting booth from the clubhouses at Dodger Stadium, but how do you measure the years, the climate?

Veteran Padre Dave Magadan speculated that most of his teammates probably are unaware of Coleman’s record as a pilot, of the call he and Ted Williams and Bob Feller and Warren Spahn and so many other players answered in that other generation.

“I’m not sure any of us can relate to it,” Magadan said. “It would be the equivalent of Barry Bonds and Alex Rodriguez going off now–and for guys like Jerry Coleman and Ted Williams, it wasn’t to some cushy desk job. They were in the midst of the fight.

“I mean, all of us are spoiled. We grew up in an era of peace. The older guys like me may remember Vietnam, but most of these other guys were born at the end of it or just after. We have the experience of Desert Storm, but that’s nothing compared to what this war [with terrorism] may look like. I think our country has changed, and the way we live our lives has changed forever.”

No one is immune to the events of last Tuesday, but trading a baseball uniform for fatigues?

“I understand the patriotic feeling because we all have that feeling right now, but to actually go and do what they did is a completely different story,” Dodger first baseman Eric Karros said of the contributions of Coleman and others.

“It was a different era, but I could never pretend to put myself in that situation, nor could I imagine going to war. I get worked up playing paintball. Those guys who did that make the rest of us, as far as courage and patriotism … well, we can all talk a good game, but actions speak louder than words, and all of it just shows how irrelevant baseball and the other sports and all of entertainment really is. Unfortunately, it takes a tragedy like this for everyone to step back and realize it.”

The U.S. was fighting on two fronts when Coleman left the Class-D Wellsville (N.Y.) Yankees to enlist one day after his 18th birthday. It was 1942, and he envisioned becoming a hero, becoming a flying ace such as Joe Foss, who would go on to become governor of South Dakota and commissioner of the American Football League.

“It was a war. We had been attacked [at Pearl Harbor]. Every young man my age couldn’t wait to go,” Coleman said. “I was afraid it would end before I got there. Just shows how stupid I was.”

“If the Japanese really knew what they were up against, they might not have surrendered,” he said, the self-deprecation at odds with his credentials.

Ultimately, the Japanese surrender came with Coleman on leave in New York. His fight wasn’t over. He was called back as a captain in 1952. He was a member of the Yankees then. He had a wife and two children, and he would soon discover that the Korean police action couldn’t be won.

“I wasn’t concerned about my career,” he said. “I was only concerned about the possibility of being killed. I mean, I had always believed in my country, right or wrong, but Korea was a war we couldn’t win. We could only tie, and that’s what we did. I had a job to do and I did it, but it wasn’t a happy time.”

Korea would basically cost Coleman two of his nine major league seasons, but “that part of it never bothered me,” he said. “If I had been a great player or a player of the type who was always chasing records it might have been different, but our priority was winning and we did a lot of it. The Yankees won [the World Series] in eight of my nine years.”

Looking back now through eyes quick to tear, thinking of that long ago and the events of last week, of the generations in between, Coleman said that yes, maybe today’s players have little idea of what happened then, of how many players went off to war, but …

“Maybe they haven’t had to think about it until now. Besides, in those days we had to give up two years to the draft. Whitey Ford and Billy Martin did it on our team, and so many other guys from other teams did as well. The world changes. A lot of people say that today’s kids are soft, that their generation is spoiled, but the reality is that they’re bigger, stronger, more intelligent. Given a challenge, they’ll be there. Aren’t they proving it in New York?”