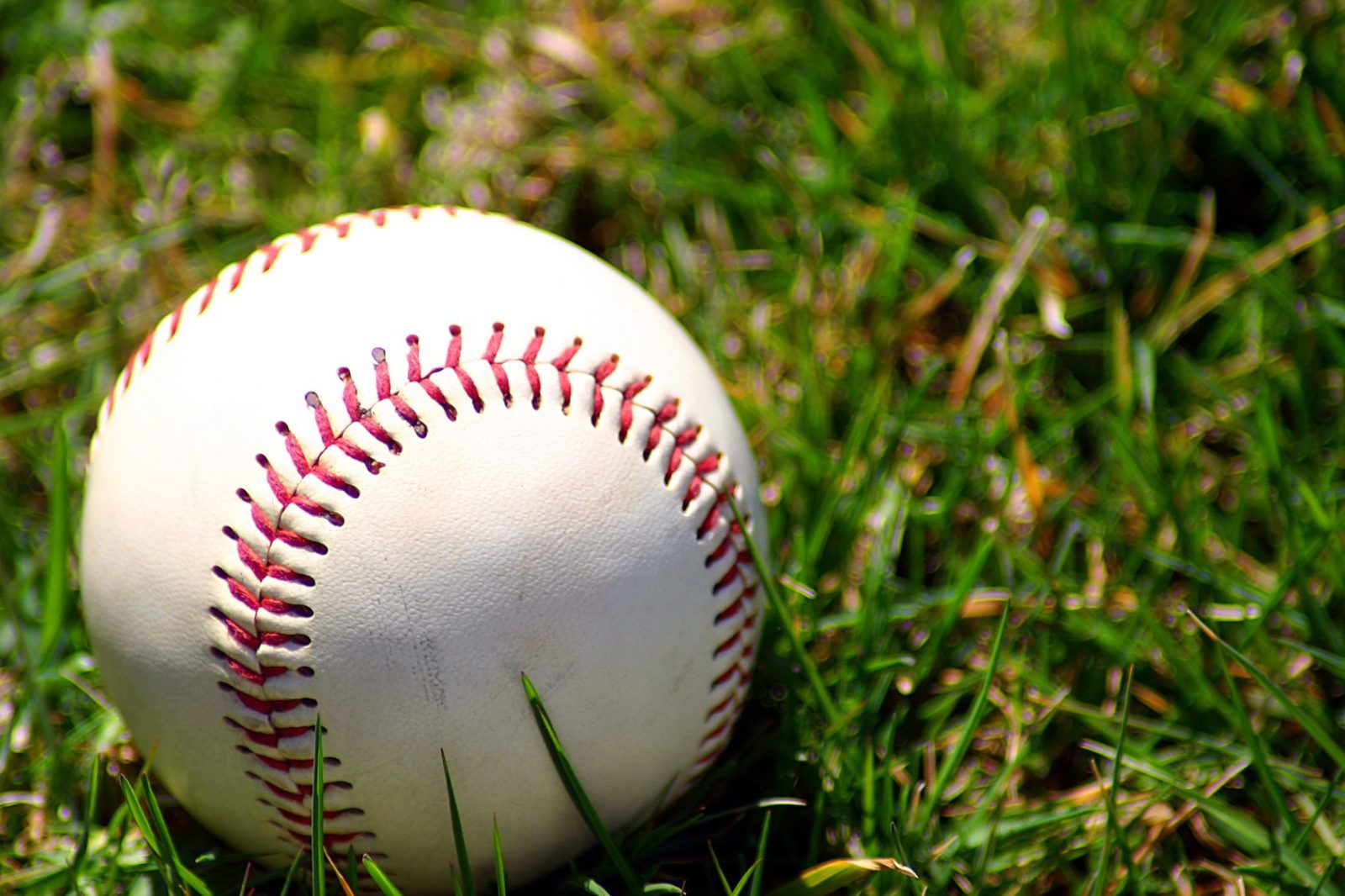 Inject any baseball writer with truth serum and he/she will acknowledge that spring training represents the best time frame on the sport's calendar.

Obviously, the tension of a pennant race and drama of October are the culmination, but spring training has a rainbow tinted niche of its own:

Okay, before I am drummed out of the BBWAA (card No. 3), I am not suggesting that spring training is akin to spring break. In fact, with social media the assignment is now a non-stop tweet, and cell phones have turned every reporter into a Facebook photographer.

In that forgotten time before twitter and all the rest I covered spring training for almost 50 years--first at the Long Beach Press-Telegram and then the L.A. Times; first in Palm Springs on the Angels beat, then Dodgertown (and, yes, I caught the last years of the Navy barracks), and then throughout Florida and Arizona as a national baseball columnist. My pulse always quickened as I packed, and it still does just thinking about it.

So, I sat back the other day and jotted down the first few snapshots that filtered through a cluttered scrapbook of my mind. I present them here in no chronological order or ranking--strictly a sampling of the sometimes unexpected joys along the spring beat:

--Dodgertown: March, 1970. Al Campanis invites my wife and I to dinner at the Ocean Grill. "I want to introduce you to some people," the general manager says. Those "people" turned out to be a very young Tom Paciorek, Bill Buckner, Steve Garvey, Ron Cey and Bill Russell. The latter had been selected in the June draft of 1966, but the other four (along with Bobby Valentine, Davey Lopes and Joe Ferguson) were all selected in the 1968 draft (one of history's greatest hauls). "My no names," Campanis says at dinner, clearly knowing (or at least hopeful) that they wouldn't be that for long.

--Palm Springs: February, 1961. It is only two months after Gene Autry is awarded the franchise and is forced to make a hurried selection of a small ballpark called the Polo Grounds as the Angels' spring base in what is known as a hamlet to the stars. Bud Furillo, on the beat for the Herald-Express, and I approach the dugout prior to a morning workout. Bud is carrying a snow cone, his breakfast after one too many the night before. Bud sees who is sitting in the dugout and drops the snow cone at the feet of Dwight Eisenhower, who had handed the White House keys to John Kennedy only a month before, Eisenhower smiles at the melting liquid and sits patiently as Bud and I get an easy story even before the workout's first pitch. The Angels would spend part or all of 41 camps in Palm Springs, and you never knew who was going to drop by...from a former President to neighborhood residents such as Bob Hope and Frank Sinatra, a slow day's harvest. 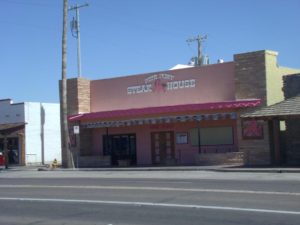 --Scottsdale: Pick a year and there has never been a spring hangout like the Pink Pony during it's first tenure, and the flashbacks keep coming: so many times at the bar with Billy Martin and Art Fowler; standing in the middle of the Pony and singing the alma mater with fellow Long Beach Wilson High graduates Bob Lemon and Mets scout Harry Minor; taking my son, David, in one of his early big league camps, to dinner with Bill Rigney, then working for the A's, because I knew Rig's passion and caring for the game would rub off, enhancing David's own approach. It is many years later, of course, and I sense that that night in the Pink Pony has stayed with the 17th round draft choice who would play parts of eight seasons in the majors and is now assistant hitting coach of the Detroit Tigers.

--Dodgertown: March, 1971. Gordie Verrell of the Press Telegram and I are returning to the base at about 5 a.m.after a very long night of dining and pool playing (yes, we had a couple drinks) in downtown Ft. Pierce. The base is shrouded in fog and we figure there is no sense going to bed only to have to get up in a couple hours to go to work.  We make our way toward the clubhouse to get some coffee when we hear the rat-a-tat of what seems to be bat against ball coming from the batting cages about 400 yards distant. We walk through the fog, get closer, and are startled to find Richie Allen taking his cuts. "I need the work," says Allen, who only smiles when asked if he, too, is just getting in or getting up, and again a headline story before the first pitch.

--Holtville: February, 1972. The Angels, deciding that they need to find a place where their players have nothing to think about but baseball for a couple weeks before heading to the fairways and fun spots of Palm Springs, pick the Carrot Capital of the World in the agricultural rich Imperial Valley, a hard five to six hour drive to the Spa. They make their early home there from 1966 to 1979 with the only distraction being the Imperial County Fair, and on a warm, post workout afternoon in '72 I sit on a bench by one of the diamonds, surrounded by the carrots, and talk for 90 minutes with a new Angel named Nolan Ryan, acquired for Jim Fregosi during the off season. Ryan is open, honest, saying he is happy to have left the Mets and his now-you-see-him, now-you-don't role in their star studded rotation, believing they had lost patience with his control battle, and that he sensed his situation would be more stable with the Angels, particularly under pitching coach Tom Morgan. That Morgan-Ryan relationship would grow immeasurably, as would Ryan's handle on his control, and the rest, of course, is Hall of Fame history.

--Palm Springs: March, 1983. Rod and Marilynn Carew invite Connie and I to Passover dinner at their rented condo. All the kids are there: the Carew's three daughters, Stephanie, Charryse and Michelle, and our Sara and David. Rod is reading from the Haggadah and comes to a passage pertaining to "thy rod and staff." and suddenly all the kids erupt in laughter. "Thy rod? Thy rod?" The Carew girls ask, "are they talking about you, daddy, OUR Rod?" Now the grownups join in and the kids can't stop. The laughter is continuous, contagious, and there are many times we can still hear it, most poignantly when Michelle passed away at 17 in 1996 after a long, spirited battle with leukemia, her unbridled joy on that Passover evening still vivid, as it is again now as Carew battles back from a massive heart attack, sustained artificially while waiting for a transplant and sustained by so much more.

--Palm Springs: March, 1985. We are at an Angel team barbecue on the grounds of the Gene Autry Hotel when the Cowboy and his wife, Jackie, arrive and the chatter turns his biggest hit, "Rudolph, the Red Nosed Reindeer," and the pleas come up for Autry to sing it. He is 77 and reluctant, then relents. He lacks a guitar and is far from pitch perfect, but it is a memorable performance on a lovely spring night and it is the last time he sings it---and, wow, as that and other snapshots fade, don't we wish we'd had a cellphone then.