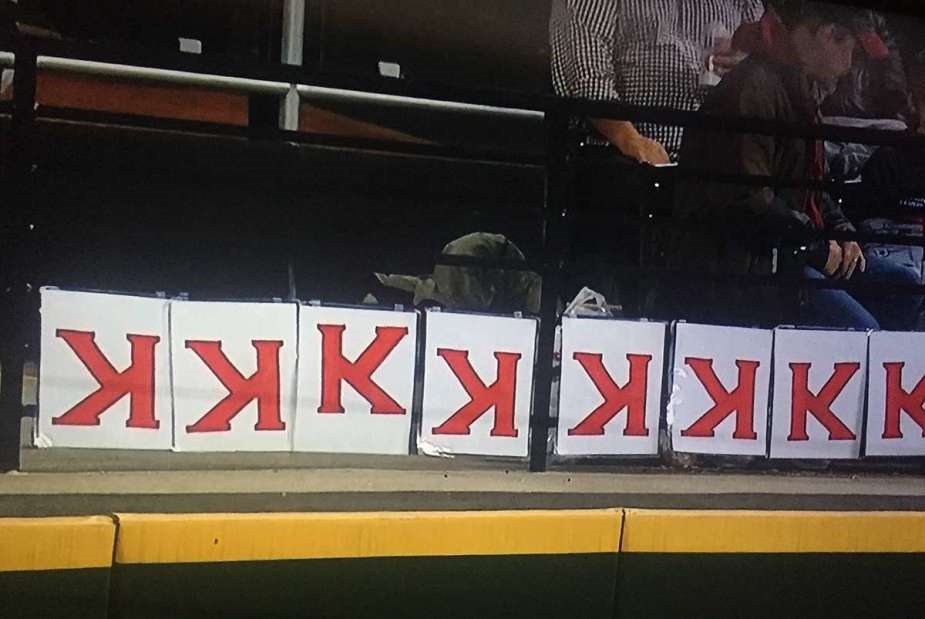 I return to Blogland with my head spinning. I haven't checked Statcast for the official rate and axis of the spin but it's definitely dizzying, Verlander like.

Seldom, if ever, has baseball approached the All-Star break with more statistical anomalies, more challenges to pace and play and more suggestions as to how to repair the escalating fault lines.

Awash (drowning?) in analytics, there are too often times I don't recognize the game I began to cover and appreciate when Gene Autry rounded up bats, balls and Bo Belinsky for his expansion Angels first spring training in 1961. Bill Rigney, Walt Alston, Tom Lasorda and Gene Mauch were among my tutors over the years but the bunt, the hit and run, the small ball tools that that they recognized as necessary for survival have given way to an almost Long Ball and/or No Ball result amid an emphasis on and numbing barrage of strikeouts.

While there are still great plays and players, and the box score is still among my favorite reading (although it takes longer now with seemingly 10 or more relievers in every game), the lack of action at a time when the time of games is lengthening despite varied attempts to accelerate the pace, is definitely worrisome on Park Ave. where the commissioner operates.

First half attendance is down almost 7%, and more than half the 30 teams are already devoid of a realistic playoff chance, tanking having become what should be an ugly word in the baseball lexicon.

So, amid the quieter turnstiles, there is the dead time of a first half that has produced the fewest hits per game since 1972 and the most strikeouts per plate appearances--almost 23%--in a decade. There have been 13 straight seasons of record strikeouts, and this year's pace projects to about 500 more than last year and more in a half season than almost every season in the 80s. The numbing reality is that over the first half there will have been almost 10,000 fewer balls in play than just a decade ago. Only 66% of plate appearances have resulted in a ball in play,  which should be a rebuke to a generation of upper cut swings but is unlikely to be. Launch Angle and Exit Velocity pay dividends. Ground balls aren't going to beat the shifts but home runs can, and in the corner cubicles where the analytics departments work, that is where strategy is created more often today than in the manager's office.

A hitter's strikeout pace and batting average, resulting in a trip to the minors in previous eras, are an accepted reality now. You can romance the Mendoza line as long as you are making like Mickey...Mantle not Mouse. And if high velocity high strikes and a variety of deadly breaking pitches with those well researched spin rates and axis--all of which can be taught--eat up the uppercut swings, well there's another at bat to come and guys like Joc Pederson and Cody Bellinger have shown they aren't going to change so don't ask.

In addition, it's uncertain how far baseball will go to restore more action: lower the mound again and eliminate shifts (unlikely), enliven the ball more than pitchers insist it already has been (unlikely), initiate a pitch clock (probable next season), tweak the strike zone and go to electronic balls and strikes (not on the immediate horizon), bring the DH to the National League (seems to have become a probability in the next few years), expansion (a lively discussion but not until Oakland and Tampa Bay get new ballparks, and where in the world are 50 more big leaguers going to come from?).

Baseball's operating philosophy has always and largely been one of self correction where the offense and defense are concerned, and that seems to be the approach to the current situation. Besides, the owners don't seem to be pushing hard for one idea or another. According to a recent Forbes report, individual franchise values are up more than 7% to more than $1.6 billion. Those k-rations are healthy for some.

I want to thank Ellie Van Doornum of Clout Consulting Inc. and Connie Fisher Newhan for producing this great new website and encouraging me to get back at it. I don't envision writing every day but I hope to be able to do it a few times a week and I hope that readers will take advantage of the contact button. The Newhan on Baseball heading now includes ".. and other intentional walks,"   and I hope to branch out occasionally on other topics, although when and on what topics I am not certain. One does not live into an eighth decade without storing away some thoughts and opinions on a variety of subjects. I have an attitude of gratitude and hope to be able to display it.

16 thoughts on “Choking on K-Rations”