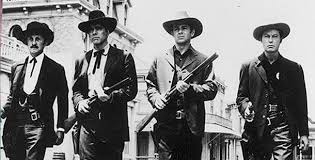 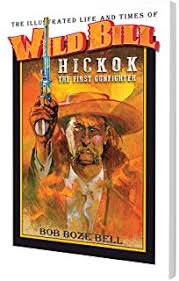 The Dodgers emerged from the non-waiver trade deadline as one of baseball’s clear winners (sans a lockdown setup man), but neither Manny Machado nor Brian Dozier guarantees a playoff berth or a sixth straight division title.

Separated by only a half game on Aug. 1, the Diamondbacks, Dodgers and Rockies seem headed for a smoking finish–with the Giants only five back.

The modern game is built on five inning starting pitchers and big bullpens, and that was one theme over the deadline span.

The Diamondbacks, unable to find a starting pitcher, added three relievers in three days, along with Minnesota’s versatile and productive Eduardo Escobar to replace sidelined Jake Lamb at third. The Rockies, looking for depth at several positions, settled for another bullpen piece in  Seunghwan Oh.

Prospects of varying promise were flying around on deadline day and the buildup to it. The Dodgers used seven and  veteran Logan Forsythe in acquiring Machado and Dozier, along with veteran reliever John Axford, who admittedly was not of the Brandon Morrow caliber setup man the Dodgers were seeking.

“We were hoping to add a bullpen arm with some end of the game experience,” general manager Farhan Zaidi acknowledged.

Axford at 35 is a right handed pitcher who dominates left handed hitters and forces the Dodgers to continue the pattern of late inning mix and match that has too often failed in 2018 or forced Kenley Jansen into four out saves. Pitchers with late game experience of the caliber of Zach Britton, Joakim Soria, Keone Kela, Brad Ziegler and Brad Hand were all traded on deadline day or the days preceding it. Trades can still be made, but securing waivers is a difficult process complicated by competitors often blocking just to block. This is Hollywood and Axford is an admitted movie devotee so it remains to be seen how that part of the script plays out. In the meantime, there is the satisfaction for the Dodgers of netting Machado, certainly the biggest catch of Deadline 2018, and having Dozier become available when the Twins agreed to accept Forsythe as part of the deal after L.A. pursuits of the Minnesota second baseman in previous years had failed.

The Dodgers have clearly enhanced their lineup–particularly when Justin Turner returns–and depth while remaining under the $197 million luxury tax. Machado has already appeared at both shortstop and third base so it may have been no surprise to Dozier when Manager Dave Roberts told him he might not be the second base starter every day, the analytic bent Dodgers having to involve all of that depth.

“I look at that as a positive,” Roberts said.

Over the last five years in L.A. second base has been a revolving door that the popular but injury marred and ineffective Forsythe was unable to close. Dozier hit 76 home runs with mid-to high .300 on base percentages over the last two years. He arrived with a .224 batting average, .305 OBP and 16 homers while carrying the reputation of a second half hitter. He also arrived with that reputation askew, having hit sub-.200 in the first two weeks of the 2018 second half. Will the brighter lights provide an elixir? Amid the looming division gunfight that script is clearly far from finished.

The final two months loom as a long, hard slog for the Angels, the clock ticking off another fruitless year on Mike Trout’s contract. They are 9 1/2 games behind Seattle for the American League’s second wild card, injuries and inconsistent performances sending a once promising season sideways. General Manager Billy Eppler played it wisely at the deadline, refusing to give up the top layers of his rebuilding farm system in a probably futile effort to get his team closer. He also netted three young, high velocity arms by trading Ian Kinsler to Boston and Martin Maldonado to Houston. What’s left is Albert Pujols’ continuing milestone march, Trout’s bid for a third MVP and an Aug. 10 night for Hall of Famer Vlad Guerrero, including a Vlad bobblehead giveaway. The Angels would probably like to include the retirement of Guerrero’s uniform number 27 but that would mean taking the shirt off Trout’s back. Probably not happening.

The World Series champs open a three game series in Dodger Stadium Friday night. They will have a pregame meeting in which General Manager Jeff Luhnow and manager A.J. Hinch will address the team, urging unity, solidarity and stressing the organization’s zero tolerance policy in regard to domestic violence and child abuse. Luhnow has talked a lot about that policy during the last few days after trashing it by trading for Toronto closer Roberto Osuna, who will be eligible to pitch on Sunday after serving a 75 game suspension for violating MLB’s domestic violence policy in an alleged attack on the mother of his child in May. Luhnow has said he did a thorough review before trading for Osuna. Of course, MLB did a thorough review before finding him guilty. In addition, the criminal aspect of the case remains unresolved, possibly threatening Osuna’s availability. Why bring a troubled situation into a compatible clubhouse of veterans and younger players? Why leave yourself appearing hypocritical in regard to zero tolerance? Why jeopardize the lingering aura of Houston’s World Series parade or did simply the lingering need for a closer overshadow common sense? It will be interesting to hear the comments after that meeting on Friday, and there is one other troubling aspect. MLB players suspended for violation of the drug policy are ineligible to participate in the post-season but Osuna’s suspension doesn’t carry a similar ban since it did not involve a field issue, which is akin to MLB saying that involvement by the police and criminal court shouldn’t be dealt with as severely. I should say “really MLB? as well.

There has been no better executive performance over the last few years than that of Yankee GM Brian Cashman melding the fruits of a very productive farm system into his big league roster while also sacrificing prospects in the right trade and signing situations. His recent deadline oriented activity has included trading for J.A. Happ for the middle of his rotation, trading for Lance Lynn as a rotation/bullpen swingman, trading for Zach Britton to enhance an already powerful bullpen and accumulating about $2.5 million in international signing money, a process at which he is already ahead of his 2018 competition. His toughest task: Skirting the tax threshold while trying to reel in the best in baseball Red Sox and avoid a one game wild card play in.

ARCHER IS GOING WHERE?

Chris Archer at 29 had pitched four straight seasons of at least 32 starts and 192 innings. He was a magnetic personality and legitimate–if considered at times underachieving–All-Star while pitching for a low budget team in the shadows of Tampa Bay’s empty Tropicana Field. He was also hounded by persistent trade rumors that never came to fruition until this week. Considered the top pitching prize on the deadline market and perhaps headed for L.A. or Boston or some other big spending, big market, Archer was finally traded to….Pittsburgh. The same Pirates who had come up to the trade deadline in previous years with rosters seemingly better equipped for a realistic playoff challenge and done nothing, now traded for Archer while also trading for Texas’ high velocity, back end reliever Keone Kiela. The Pirates’ recent  11 game win streak amid flagging attendance regenerated hope along the Three Rivers. The Bucs start August six games out of the NL Central lead and half that out of the NL’s second wild card berth. They could have Archer under control for three more years at comparatively modest salaries or could trade him at next year’s deadline. And if that landing spot for Archer couldn’t have been predicted, there was another unusual aspect to it. The always building, prospect minded Rays asked for and received major league players, acquiring Austin Meadows, Tyler Glasnow and a third player said to be significant. Parlayed to a separate trade with St. Louis in which the Rays also acquired another major league player (Tommy Pham), the Rays seemingly have hopes of accelerating their top prospects next year by mixing in younger, experienced major leaguers. Still, a surprise on both ends

The Milwaukee Brewers failed to land the needed starting pitcher but did create an infield logjam worthy of Abbott and Costello. Two days before the deadline they trade for 6-0, 225 pound KC third baseman Mike Moustakis, which meant that 6-4, 230 pound Travis Shaw would have to move to second, filling (literally) a vacancy. Then, on deadline day, they trade for Baltimore second baseman Jonathan Schoop, which sends Shaw back to third or somewhere since 6-3, 250 pound Jesus Aguilar, who is a first baseman/third baseman, and 6-0, 210 pound Eric Thames, who is a first baseman/outfielder, are also involved in this middle linebacker logjam, as is Ryan Braun, whom the Brewers would really prefer playing at first base rather than in the outfield. Can manager Craig Counsell work it out? The Brewers open August tied with the Cubs for the NL Central lead. Maybe it’s a behemoth of a nice problem at a time when the hope is that pitching doesn’t eventually become the real problem.

And so, from trading Machado on, how did the Orioles do? Well, they traded six veterans in five deals and got back 15 prospects in the process. Some, of course, are suspects now or will become suspects, but a few are considered legitimate, and they have replenished their system. Considering the O’s front office has been portrayed at times in disarray under indecisive ownership, it was a job pretty well done if unfortunate that it had to be done..